Tracy Campbell specializes in twentieth century United States political and social history. He has written five books, including The Year of Peril: America in 1942 (Yale, 2020) which won the 2021 Barbara and David Zalaznick Book Prize from the New-York Historical Society for the best book in American history and biography in 2020. The N-YHS also named him American Historian Laureate. He has been a guest on NPR's "Weekend Edition with Scott Simon," and "The World in Time" with Lewis Lapham. He will be featured on an upcoming "History with David Rubenstein" show on PBS.

His other books include The Gateway Arch: A Biography (Yale, 2013) which won the 2014 Missouri History Book Award, and Short of the Glory: The Fall and Redemption of Edward F. Prichard, Jr.,(Kentucky, 1998) which was nominated for the Pulitzer Prize. He was the recipient of a 2019 Stanton Foundation Grant for his course, "The History of Misinformation."

Prof. Campbell teaches a variety of courses in recent U.S. history, as well as a UK Core course on "The Making of Modern Kentucky."  In 2010, he received the "Great Teacher" award from the UK Alumni Association, and in 2015-16 served as Interim Department Chair. In 2018, he was named the E. Vernon Smith and Eloise C. Smith Professor. He was awarded the UK Libraries' Medallion for Intellectual Achievement in 2022. 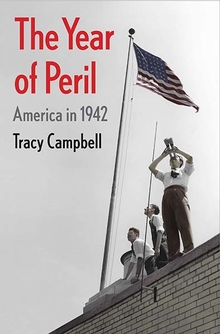 'The Year of Peril' Review: First They Fought One Another - WSJwww.wsj.com › Books › Bookshelf 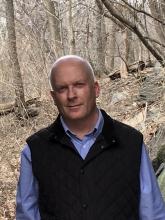