Stephen R Davis is the co-Principal Investigator of the Bitter Aloe Project, an AI research group that applies advanced machine learning models to extract data from materials produced by South Africa's Truth and Reconciliation Commission.  The Bitter Aloe Project is the first research project that uses machine learning to interrogate human rights data from South Africa at this scale.  Recently this project has forked to include the merging of data visualization with immersive technologies.  This work received funding from the Harry Frank Guggenheim Foundation, as well as the Commonwealth Institute for Black Studies and the Office of the Dean of Arts and Sciences at the University of Kentucky.

He is also currently co-authoring a manuscript project with William Mattingly the co-Principal Investigator of the Bitter Aloe Project.  This manuscript is a prosopography of victims and perpetrators, drawn in part from datasets and web-based tools developed by the Bitter Aloe Project.  This book will also be a tutorial on text-based machine learning methods geared toward novice users in the humanities.

He continues his research on the 1981 Matola Raid, a cross-border raid conducted by the South African Defense Force on ANC residences located outside Maputo, Mozambique.  At present he is reassembling the circumstances that led to the raid with an eye toward writing an operational history of the raid itself.  This project will be an intervention into the literature on insurgency and counter-insurgency during the 'long decade' of the 1980s in South Africa and the significance of southern Africa in determining the end of the Cold War.  This project will draw on newly conducted interviews with survivors and participants as well as previously inaccessible archival material.

In February 2018, Indiana University Press published The ANC's War against Apartheid: Umkhonto we Sizwe and the Liberation of South Africa.  This history of everyday life of rank-and-file soldiers in Umkhonto we Sizwe . This work borrows from microhistory and recent work on public history in South Africa and is part of a broader critique of official histories of the armed struggle written after the transition to democracy.

In 2007-2008, he conducted research in South Africa on a grant provided by the Fulbright Institute for International Education (IIE). During this trip he collected several dozen oral interviews with ex-combatants, former activists, and current ANC members. 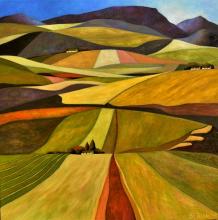