Scott K. Taylor specializes in the history of early modern Europe, especially Spain. He arrived at the University of Kentucky in 2012 after spending 11 years teaching at Siena College. Prior to that he earned his PhD at the University of Virginia in 2001 and his AB at the University of Chicago in 1992. His first book was entitled Honor and Violence in Golden Age Spain (Yale University Press, 2008). Currently he is finishing a book, under contract with Cornell University Press, tentatively titled, A Genealogy of Addiction: Drugs and Alcohol in Early Modern Europe. The book examines how western Europeans experienced "soft drugs" like sugar, tobacco, chocolate, coffee, tea, distilled spirits like run and gin, and opium - all of which were new to them or newly available in mass quantities. 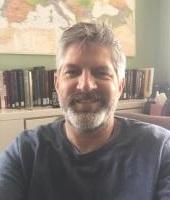