Formisano won a Distinguished Senior Faculty Teaching Award at Clark University in 1987 by vote of the senior class, and a College of Liberal Arts and Sciences teaching award at the University of Florida in 1995. He has served as an editor of the Journal of American History, a member of the nominating committee of the Organization of American Historians, an AHA representative to the National Historical Publications and Records Commission, and past president of the New England Historical Association. In 1989 he was a Fulbright lecturer at the University of Rome and in 1994 held the Fulbright Chair of Political Science at the University of Bologna. He is married to Erica Chiquoine Formisano and has a daughter Laura and a son Matthew. 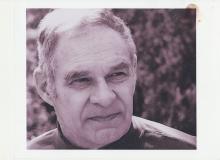