Racial Violence in Kentucky, 1865-1940: Lynchings, Mob Rule, and "Legal Lynchings."  Baton Rouge:  Louisiana State University Press, May 1990.  Recipient of the "Governor's Award" presented by the Kentucky Historical Society for the best book on Kentucky history published between 1986-1990.  Selected by the Gustavus Myers Center for the Study of Human Rights in the United States as an "Outstanding Book" on the subject of human rights.

Life Behind a Veil: Blacks in Louisville, Kentucky, 1865-1930.  Baton Rouge: Louisiana State University Press, September 1985.  Co-recipient of the "Governor's Award" presented by the Kentucky Historical Society for the best book on Kentucky History published between 1982-1986.

“Lessons I Learned from My Teachers,” in Judy Reinhartz and Don M. Beach, eds., Teaching and Learning in the Elementary School.  New York:  Prentice Hall, 1997.

“By the Book: The Legal Executions of Kentucky Blacks,” in W. Fitzhugh Brundage,

ed., Under Sentence of Death: Lynching in the South.  Chapel Hill: University of North Carolina Press, 1997.

“Commentary on Raymond Arsenault’s ‘The Folklore of Southern Demagoguery,’” in Charles Eagles, ed., Is There A Southern Political Tradition?  Jackson:  University of Mississippi Press, 1996.

“The Contexts of Southern Lynchings:  New Answers to Old Questions,” The Georgia

"Afro-Americans in  Kentucky," in The Encyclopedia of Kentucky.  Lexington: University of Kentucky Press, August 1992.

"The End For Me, But A Beginning For Others:  My Years of Research On Kentucky Blacks," Register of the Kentucky Historical Society, June 1992.

"Executions of Afro-Americans in Kentucky, 1870-1940," The Georgia Journal of

"The Forced Removal of Afro-Americans from Rural Kentucky,"  Reflections:

"The Billy Club and the Ballot:  Police Intimidation of Blacks in Louisville, 1880-

"Desegregation of Public Accommodations in Louisville, Kentucky,"  in David Colburn

"The NAACP and Residential Segregation in Louisville, Kentucky, 1914-1917,"

Register of the Kentucky Historical Society, January 1980.  This article won the Richard Collins Award as the best article appearing in the Journal for 1980.

"The Faith Plan:  A Black Institution Grows During the Depression," The Filson Club 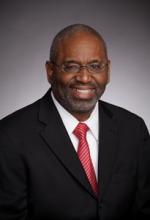