Emily Mokros is a historian of late imperial and modern China with interests in cultural, urban, and political history. Her first book is The Peking Gazette in Late Imperial China: State News and Political Authority (University of Washington Press, 2021). It traces the untold story of a distinctive state periodical, the Peking Gazette (jingbao). The book explores how the Peking Gazette contributed to momentous shifts in political culture in Qing China and influenced representations of the Qing state at home and abroad. This project draws on archival and library research conducted at various sites in Asia, Europe, and the United States. In addition to continuing interest in tracing historical uses of information and media in late imperial China, Mokros is beginning a study that examines the experiences of nineteenth-century Beijing during a decade of war.

For a series of recent blog entries on the Peking Gazette, see: 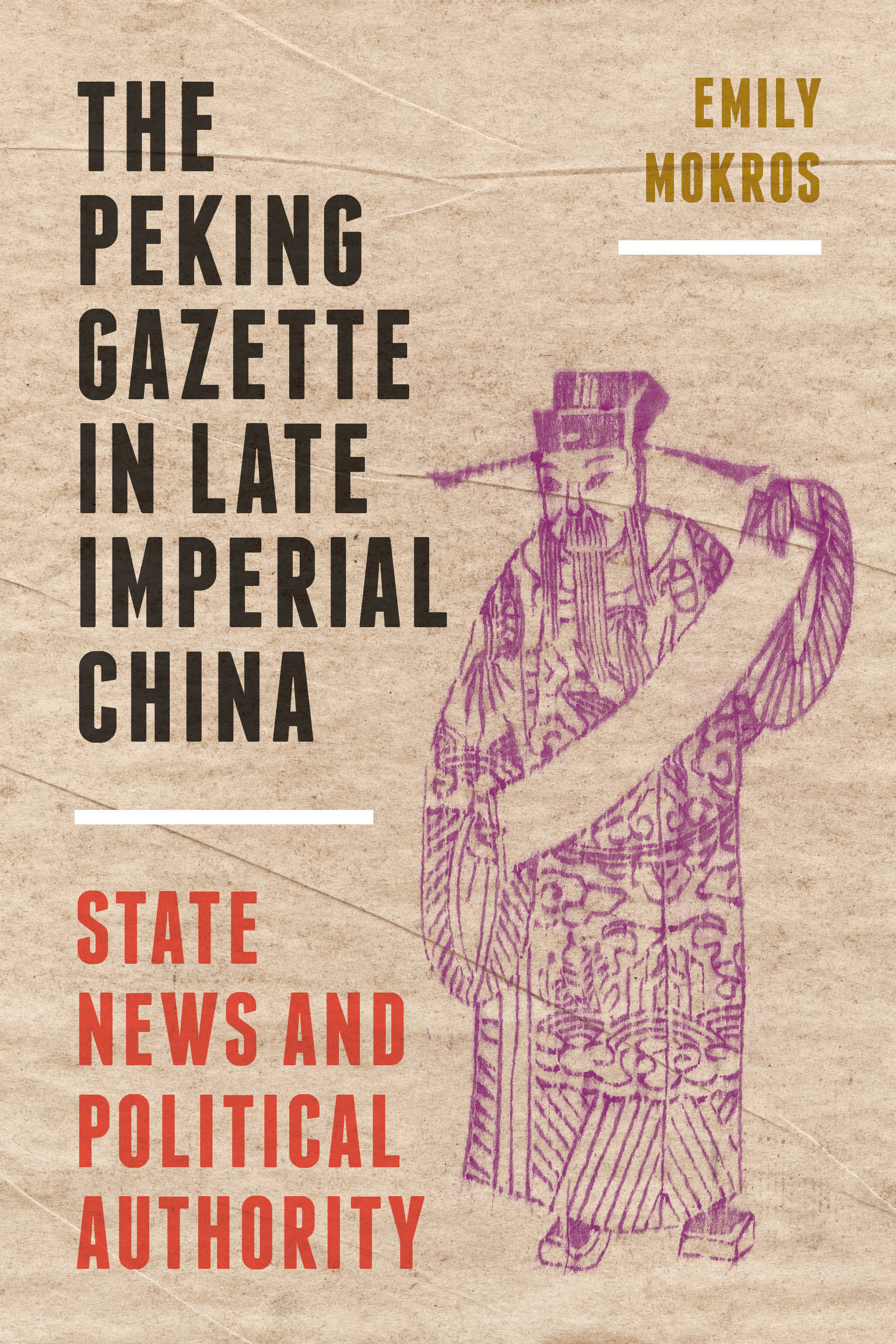 “Spies and Postmen: Communications Liaisons and the Evolution of the Qing Bureaucracy.” Frontiers of History in China 14, no.1 (2019): 17–48.