Ph.D., University of Kentucky, (In Progress)

Austin Zinkle is a PhD candidate in history at the University of Kentucky where he studies twentieth century United States Social Movements, with an emphasis on youth activism. Originally from Knoxville, TN, Austin graduated from Auburn University in 2015 with a Bachelor of Arts in History. It was at Auburn that he established an academic interest in the movement organizing of the Civil Rights Era, specifically around the work of youth-centered groups like SNCC and CORE. This interest continued into his MA thesis research where Austin studied African American youth activism in Kentucky during the 1940s and 1950s, arguing that demonstrations and protests by NAACP Youth Councils in the border state not only articulated more radical anti-racist activism than older, adult organizers, but the work from these Youth Councils expanded the timeline of progressive youth demonstrations against civil and social injustices decades prior to the 1960 sit-ins. Currently, Austin is working on his dissertation detailing the rise, methodology, and culture of far-right youth organizing during the 1960s and 1970s. In his spare time, Austin enjoys playing his piano, basketball, and cheering on all things Auburn Tigers.

Dissertation: The Kids Were Alt-Right: Radical Right Youth Activism and the Origins of the White Power Movement, 1960-1980 (Working Title)

Austin is currently researching a dissertation on far-right youth organizing from 1960 through 1979. The project examines the youth--defined in this context as adolescence through late twenties--involved in extreme right-wing political organizations and those who wished to utilize such youth activism for their own purposes. While current historical literature recognizes the 1980s through the 1990s as a heightened cultivation of extreme right organizing--recently conceptualized in scholarship as the white power movement--this project seeks to reorient the lens to decades prior and argue for an understudied youth coalition of movements that made up the origins of such late century para-military operations. In the early 1960s, right-wing organizing generally initiated in response to perceived external and internal political and social threats from communism, the black freedom movement, and general New Left organizing. In some circles, this reaction to cultural change germinated into a perception of assault upon "traditional" cultural and social norms, and membership within predominantly white conservative political organizations gravitated to those promising more immediate and radical retribution. Youth membership within groups such as the Young Americans for Freedom, Goldwater Youth, and Youth for Wallace soon transitioned towards more militant youth organizing in extreme right-wing groups such as George Lincoln Rockwell's American Nazi Party and William Luther Pierce's National Youth Alliance. By moving a study of far-right activism into the 1960s, this project also intends to challenge traditional conceptions of youth social activism during the conventional "counter-culture" and build upon current historical scholarship concerning right-wing and conservative movements. This dissertation argues the far-right and extremist youth in the 1960s and 1970s were an important--and organized--social movement that contributed to the origins of the paramilitary white power movement in the 1980s. 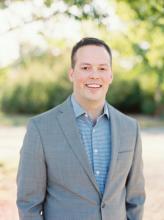