Four students from the University of Kentucky have been selected as recipients of Fulbright U.S. Student Program scholarships. The UK recipients are among 1,900 U.S. citizens who will travel abroad for the 2013-2014 academic year through the prestigious program. In addition, one of UK's four winners, medical student Juliana Odetunde, received one of only five prestigious Fulbright-Fogarty awards, which promote the expansion of research in public health and clinical research in resource-limited settings.

The Fulbright Program is the flagship international educational exchange program sponsored by the U.S. government and is designed to increase mutual understanding between the people of the United States and the people of other countries. The primary source of funding for the Fulbright Program is an annual appropriation made by the U.S. Congress to the U.S. Department of State, Bureau of Educational and Cultural Affairs. Participating governments and host institutions, corporations and foundations in foreign countries and in the U.S. also provide direct and indirect support.

Recipients of Fulbright grants are selected on the basis of academic or professional achievement, as well as demonstrated leadership potential in their fields. The program operates in more than 155 countries worldwide. 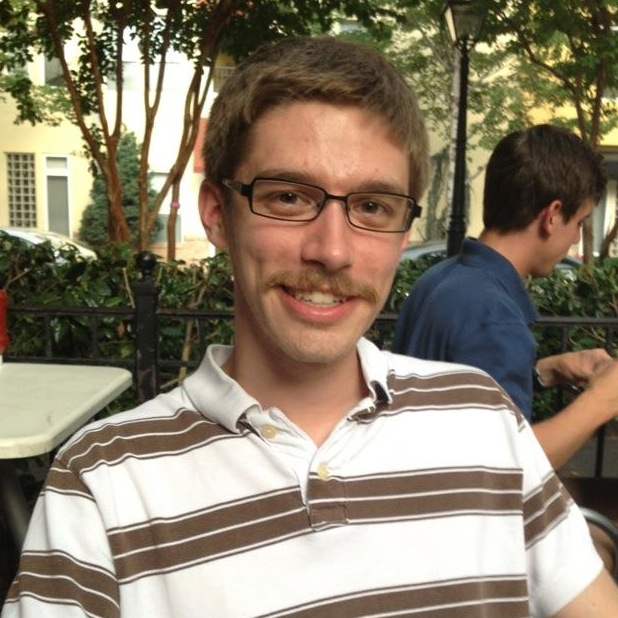 Robert Davis, the son of Robert and Robin Davis of Sewell, N.J., received his bachelor's degree from Susquehanna University, in Selinsgrove, Pa., in 2010, and is currently completing his third year of graduate school at UK in mathematics. Davis will use his Fulbright grant to pursue research with the Engström group, under the direction of Alexander Engström at Aalto University School of Science in Finland. The Engström group's research focuses on combinatorial problems connected to algebraic geometry or topology.

Davis began pursuing research during his undergraduate years in college and credits a summer program IMA (Institute for Mathematics and its Applications) at Georgia Tech for advancing his skills. "It helped to teach me powerful techniques in my field," Davis said. 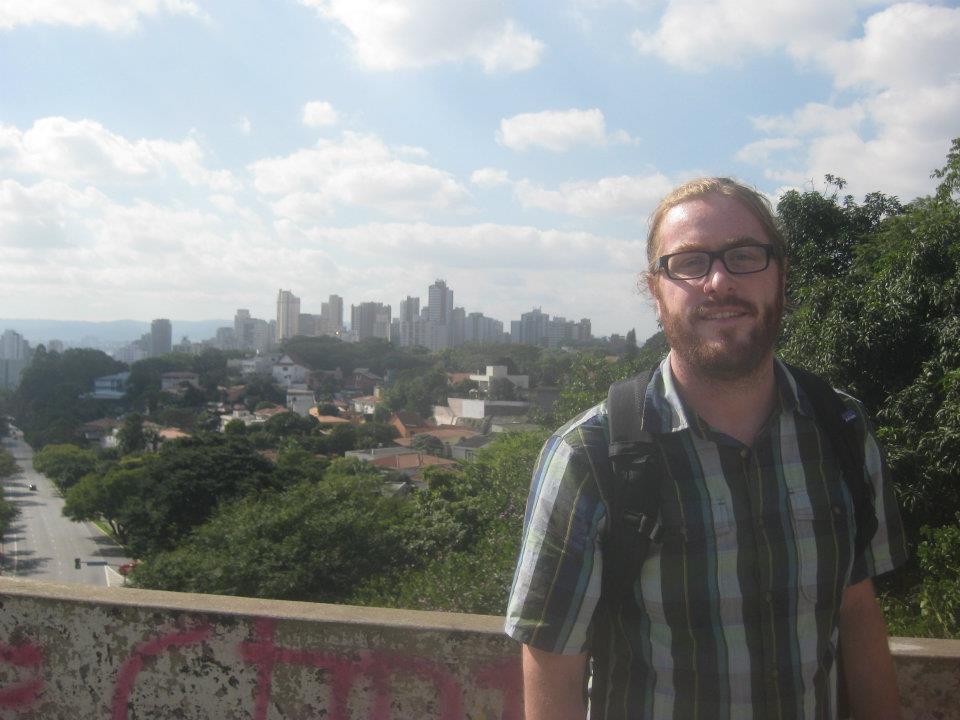 Nate Millington, the son of Jeff and Linda Millington of Upperville, Va., received his bachelor's degree in history and urban studies from University of Virginia in 2006 and his master's degree in geography from University of Wisconsin-Madison. Currently pursuing his doctoral degree in geography from UK, Millington will use his Fulbright grant to do research in São Paolo, Brazil, to advance his dissertation research focused on flooding and urban water management.

"Geography is an extremely creative and interdisciplinary major, and I think it offers the best tools for studying cities. It allows you to think about them in a lot of different ways, and is uniquely positioned between the social and the natural sciences," Millington said. 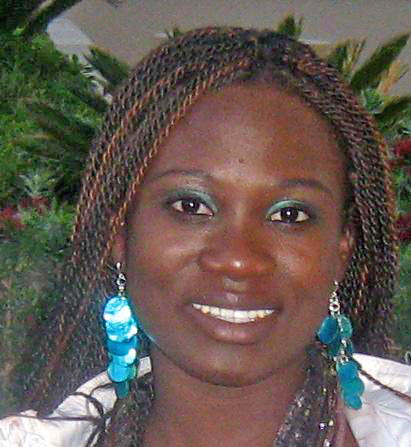 Juliana Odetunde, the daughter of Florence and Joshua Odetunde of Louisville, Ky., received her bachelor’s degree in biochemistry from DePauw University and her master’s degree in physiology and biophysics from the University of Louisville. After working with the National Institute on Aging at the National Institutes for Health for a couple of years, she began medical school and is currently a third-year medical student at UK.

Odetunde is a recipient of the highly competitive Fulbright-Fogarty Fellowship, offered by a partnership between the Fulbright Program and the Fogarty International Center of the NIH. The nine-month fellowship has been established to promote the expansion of research in public health and clinical research in resource-limited settings like Brazil, Peru, Malawi and South Africa. Odetunde will use her Fulbright-Fogarty on a long-term study that assesses the effect of rapid population growth in the slum communities of Salvador, Brazil, on the development of infectious disease and other chronic health conditions in the community.  The project focuses on leptospirosis, one of the more common infectious diseases in developing countries. Study results could help in developing future proposals for public health policy changes that could establish a more quality living environment for the people in these slum communities.

"Through the Fulbright-Fogarty Fellowship, I will gain skills in addressing a problem with social, economic, clinical, social injustice, ecological and environmental complexities in an international setting. This opportunity will give me the boldness and skills I will need in order to pioneer my own research projects pertaining to community health in underserved and resource-poor communities," said Odetunde, who hopes to have a career as a physician and community-based clinical researcher in the area of preventive medicine after completion of her studies and residency. 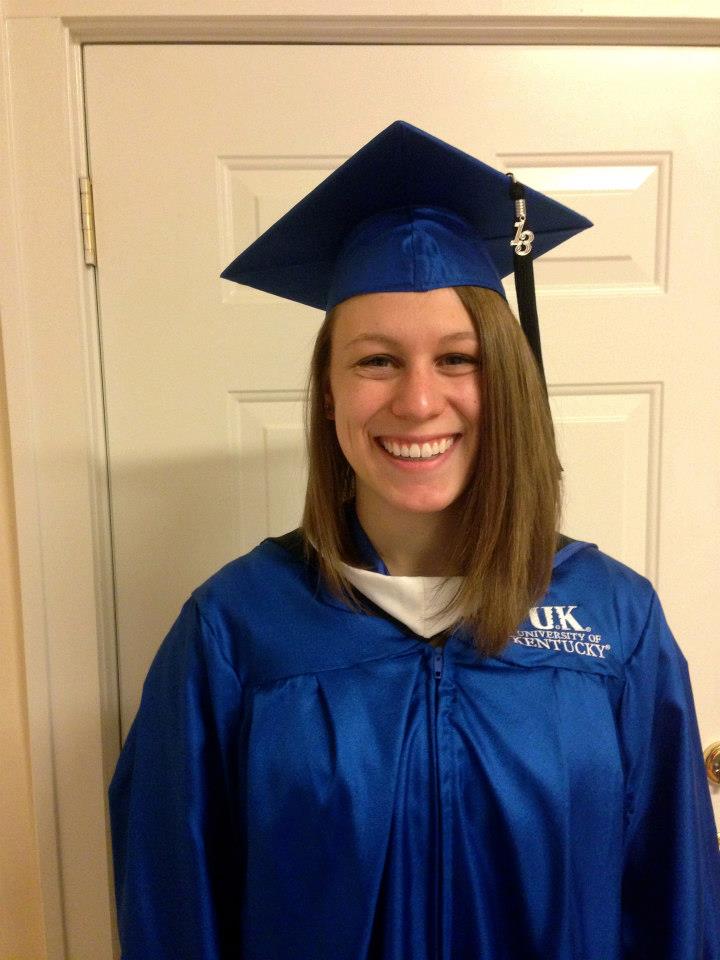 Caitlin Wetsch, the daughter of Deanna and Ron Wetsch, of Cincinnati, Ohio, received her bachelor's degree in German studies from UK in 2011. The graduate student in teaching world languages is the recipient of a Fulbright English Teaching Assistantship (ETA). Wetsch's assistantship will allow her to teach English for one year at a German school as well as help her start her professional career as a world language instructor in English and German, all while getting to study further in Germany.

The Fulbright ETA will allow Wetsch to share her passion for languages. "As an undergraduate, I particularly enjoyed learning a new language. After studying abroad for a year, I realized that I wanted to focus on how people learn new languages, and the theories and methods behind effective language instruction."

Since its establishment in 1946 under legislation introduced by the late U.S. Senator J. William Fulbright of Arkansas, the Fulbright Program has given approximately 318,000 students, scholars, teachers, artists and scientists the opportunity to study, teach and conduct research, exchange ideas and contribute to finding solutions to shared international concerns. Fulbright alumni have achieved distinction in government, science, the arts, business, philanthropy, education and athletics and won such prestigious honors as the Nobel Prize, Pulitzer Prize, MacArthur Foundation Award and the U.S. Presidential Medal of Freedom. The Fulbright U.S. Student Program is administered by the Institute of International Education. For further information about the Fulbright Program, visit the website http://eca.state.gov/fulbright.

UK students who are U.S. citizens can apply for the Fulbright U.S. Student Program scholarships through the university’s Office of External Scholarships (OES), part of the Division of Undergraduate Education. The office assists current students and recent alumni in applying for scholarships, fellowships and awards funded by sources outside the university. Specifically, OES helps students strengthen an application, develop a personal statement, practice for an interview and provides other preparation activities for the scholarship application process. Students who are interested in these opportunities are encouraged to contact Pat Whitlow, director of the OES, and begin work with Whitlow well in advance of the scholarship deadline. The campus deadline for the Fulbright U.S. Student Program is Monday, Sept. 9.