The year 2013 is underway. The Jan. 1 fiscal cliff deadline came and went, President Barack Obama was inaugurated yesterday and the 113th Congress has had its first session. With these historical, political moments now passed, what does the year 2013 have in store for the nation? UK expert Stephen Voss weighs in on his predictions for the coming year. 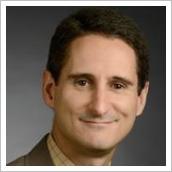 Voss is an expert on public opinion and voting behavior, as it relates to the economy. His work has appeared in various professional journals, including the American Journal of Political Science, Journal of Politics, Public Opinion Quarterly, American Politics Research, International Studies Quarterly, and the inaugural edition of State Politics and Policy Quarterly.

Having joined the University of Kentucky in 1998, Voss became an assistant professor in 2000 and was promoted to associate professor in 2004. He began acting in the capacity of associate chair of the Department of Political Science a year later.

The United States must get its finances in order, and soon. The threat does not come from the political buzzwords we are hearing about today: falling off of the Fiscal Cliff or slamming up against the Debt Ceiling. Those terms refer to mechanisms put in place by politicians to shape how they grapple with the situation; they are not the underlying problem itself.

The problem is quite simple, really: Our government spends far more money than it takes in, has promised in the future to spend vastly greater sums, and has no plausible way either to pay for or to trim back all of that spending.  Add in the many commitments made by lower levels of government, especially the unfunded benefits such as pensions that they've promised retiring government workers, and we appear on track to face a terrible crisis.

Right now we're paying for our lifestyle by issuing government bonds at very low interest rates and by having the Federal Reserve Board essentially print money to pump up the economy. Those tactics in the short term have delayed the pain for many Americans, but will this solution keep working as more of the baby boomer generation heads into retirement?

Economic experts disagree as to how long we can keep living this way, how long it'll take until demand for those bonds and those dollars diminishes, because selling government bonds and adjusting the value of our currency may sound like economic actions, but they are fundamentally political. People loan to the U.S. government because they trust they'll be repaid, and they seek the U.S. dollar, despite policies intentionally eroding its value, because they trust in the long-term viability of our system.  At whatever point that trust falters — at whatever point people lose faith in the people who are borrowing the wealth, sustaining the currency, and importing the foreign-made goods — then collapse can come swiftly and (when aided by the sort of hysteria that often accompanies a rapid shift in economic fortunes) can leave terrible suffering in its wake.

So the puzzle of whether we can avoid an economic meltdown next year might well reduce to the question of whether we can avoid a political meltdown.  In truth, I'm reasonably optimistic about that.  Yes, our government is inefficient and divided, and no, our leaders are not heroic -- but that's perfectly consistent with the design of the political system and with our great history.  I expect that we'll see some ideological clashes over fiscal cliffs and budget ceilings but that, in the end, they can be resolved by modest legislative compromises that sustain current levels of trust in our debt and our dollars.

We might even see some slight improvements, given that both major political parties are willing to fight to limit the excesses of their rivals.  But I do not expect to see any significant bargain emerge that would avert a future economic crisis.  A republic is reactive: It moves when voters demand action.  American voters either are ignorant of the nation's massive and climbing debt load or they're pretending that such debts never really come due, so elected officials cannot safely expose the ugly tradeoffs we face or propose the sorts of sacrifices that would be needed to avert a crisis.

My prediction is that by the end of this year, all we'll have done is dig the hole a little deeper.