(July 15. 2014) — The University of Kentucky has entered into an agreement with a major Chinese petrochemical conglomerate to develop technologies to capture, utilize and store 1 million tons of carbon dioxide per year from a coal-fired power plant in Dongying, Shandong, China.

The agreement, between UK's Center for Applied Energy Research (CAER) and the Sinopec Corporation's Shengli Oilfield Company and Petroleum Engineering Construction Corporation, is a project of the joint U.S.-China Climate Change Working Group (CCWG) as part of its Carbon Capture, Use, and Storage (CCUS) initiative. Preliminary work on the project began in 2012, and work is scheduled to continue through 2017. 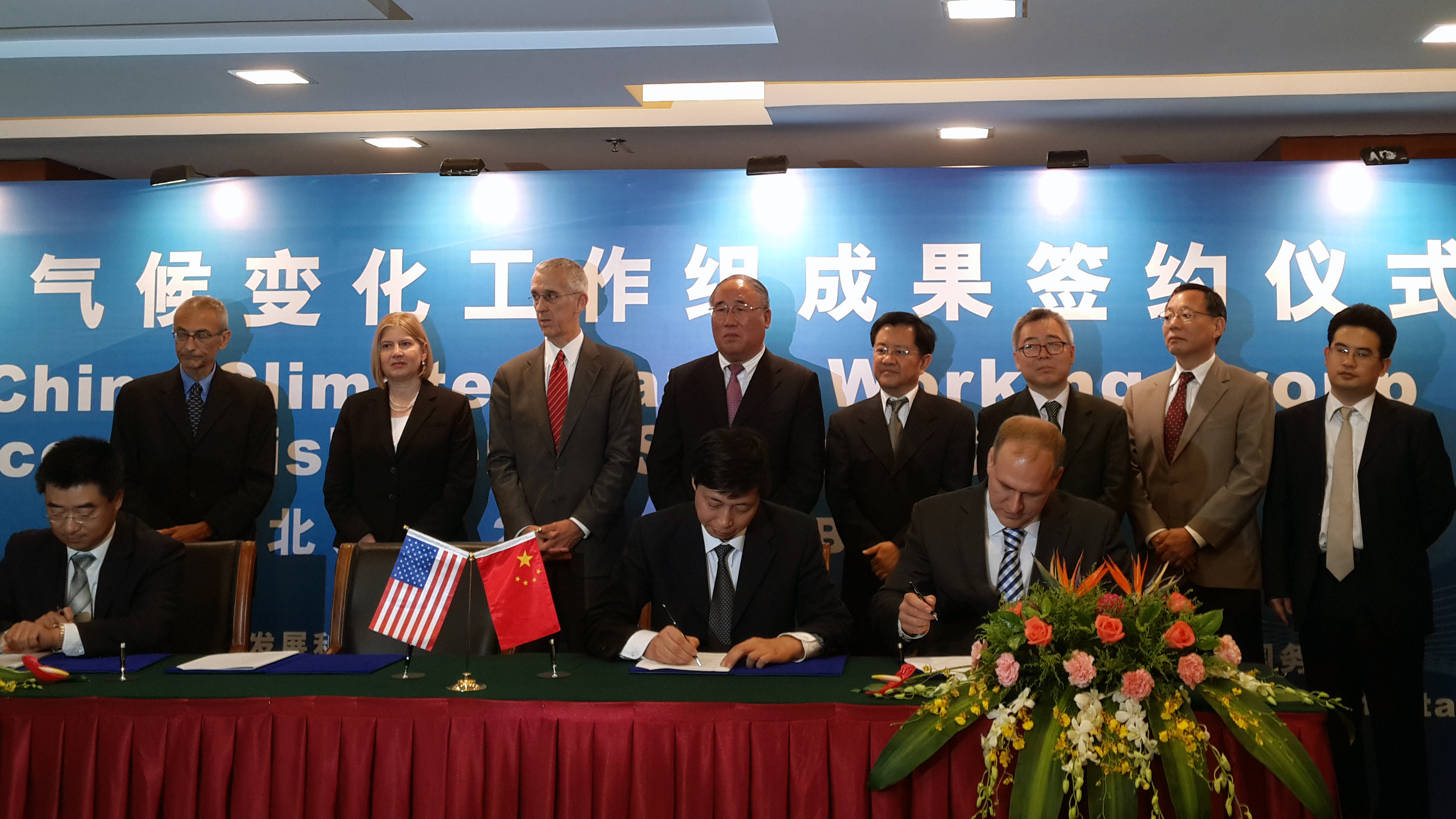 The purpose of the project, with an estimated total investment of $320-400 million, is to develop a series of technologies to capture, transport, store and monitor carbon dioxide, along with technologies for by-product stream cleanup and carbon dioxide enhanced oil recovery. The project will also provide basic data and operational experience to promote industry application process development.

Carbon dioxide will be captured from coal-derived flue gas at the Shengli power plant's third-stage 600-megawatt generating unit. The project involves chemical absorption, compression and dehydration of carbon dioxide, and its transport over some 50 miles (80 km) of pipeline to the Shengli Oilfield for injection and storage.

"With concerns about global climate change taking an increasingly prominent role in discussions about energy policy, greenhouse gas mitigation has become a topic of concern for the international community," Liu said. "This collaboration between the United States and China will demonstrate a chain of technologies for carbon dioxide capture, usage and storage on a large scale. Such technologies will prove to be critical to both nations, as we work to meet increasing demands for energy while striving to reduce atmospheric carbon dioxide."

Other collaborators include Peking University, North China Electric Power University, Institute of Rock and Soil Mechanics, Chinese Academy of Sciences and the China University of Petroleum.

Sinopec, a large, state-owned enterprise, has carried out research on carbon dioxide capture, utilization and storage since 2008. The corporation has previously realized a whole-chain pilot demonstration of capture, transportation, enhanced oil recovery, and storage of carbon dioxide in Shengli Oilfield, with a capacity of 40,000 tons per year.