Could the Next New Cancer Drug Come from Kentucky Coal Mines?

(Nov. 11, 2013) — In their ongoing quest to develop the latest and most effective drugs for disease treatment, researchers in the University of Kentucky's Center for Pharmaceutical Research and Innovation (CPRI) are looking deep — as in, deep underground.

It's all part of a new UK-based bioprospecting initiative, which involves a collaboration between CPRI, the Center for Applied Energy Research (CAER), and the Kentucky Geological Survey (KGS). The idea behind the program is to collect samples from unusual environments throughout the Commonwealth, with the goal of finding new, unique organisms that produce natural products that could potentially be used to develop new drugs with an initial focus on treatments for cancer, infectious disease and inflammation. 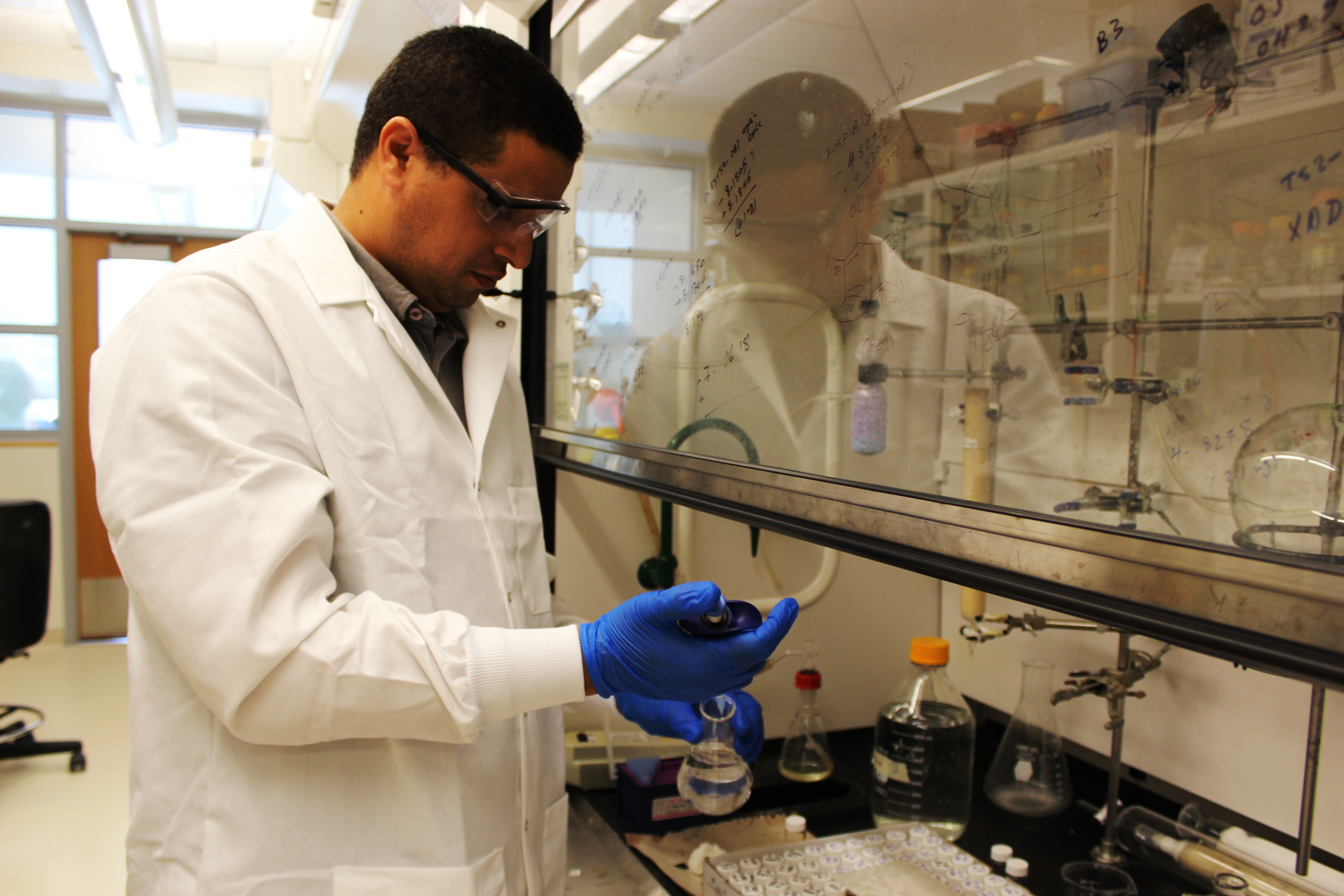 Many of our existing effective drugs are made by microbes. For example, erythromycin — an antibiotic used to treat a range of infections — is a natural product formed by bacteria found in soil. The anticancer agent doxorubicin is also another example of a microbial-produced natural product.

CPRI Director Jon Thorson and his 11-member lab team are part of a large consortium of investigators at UK focused upon the discovery and development of natural product-based drug leads from unique sources including bacteria, fungi and plants. Thorson also serves as the co-director of the Markey Cancer Center’s Drug Discovery, Delivery and Translational Therapeutics Program and co-director of the Drug Discovery and Development Core in the UK Center for Clinical and Translational Science.

"The University of Kentucky is a remarkably rich and highly collaborative community for natural products-based research. As part of this effort, we are looking for new microbes that can produce novel bioactive molecules," Thorson said. "Instead of looking in places where other people have already been, we're trying to access new frontiers. The collaboration with CAER and KGS allows us to sample unexplored environments in the context of natural products discovery."

The most recent "new frontier" that Thorson's lab is exploring has very deep roots in the Commonwealth — literally and figuratively. Through the collaborations with CAER and KGS, his team has the opportunity to study products taken from Kentucky underground and surface coal mines, thermal vents from underground coal mine fires, mining reclamation sites and deep-well core drilling operations for carbon sequestration.

The initial collaboration with CAER involved studying emissions, and the corresponding microbes, associated with underground coal fires. The 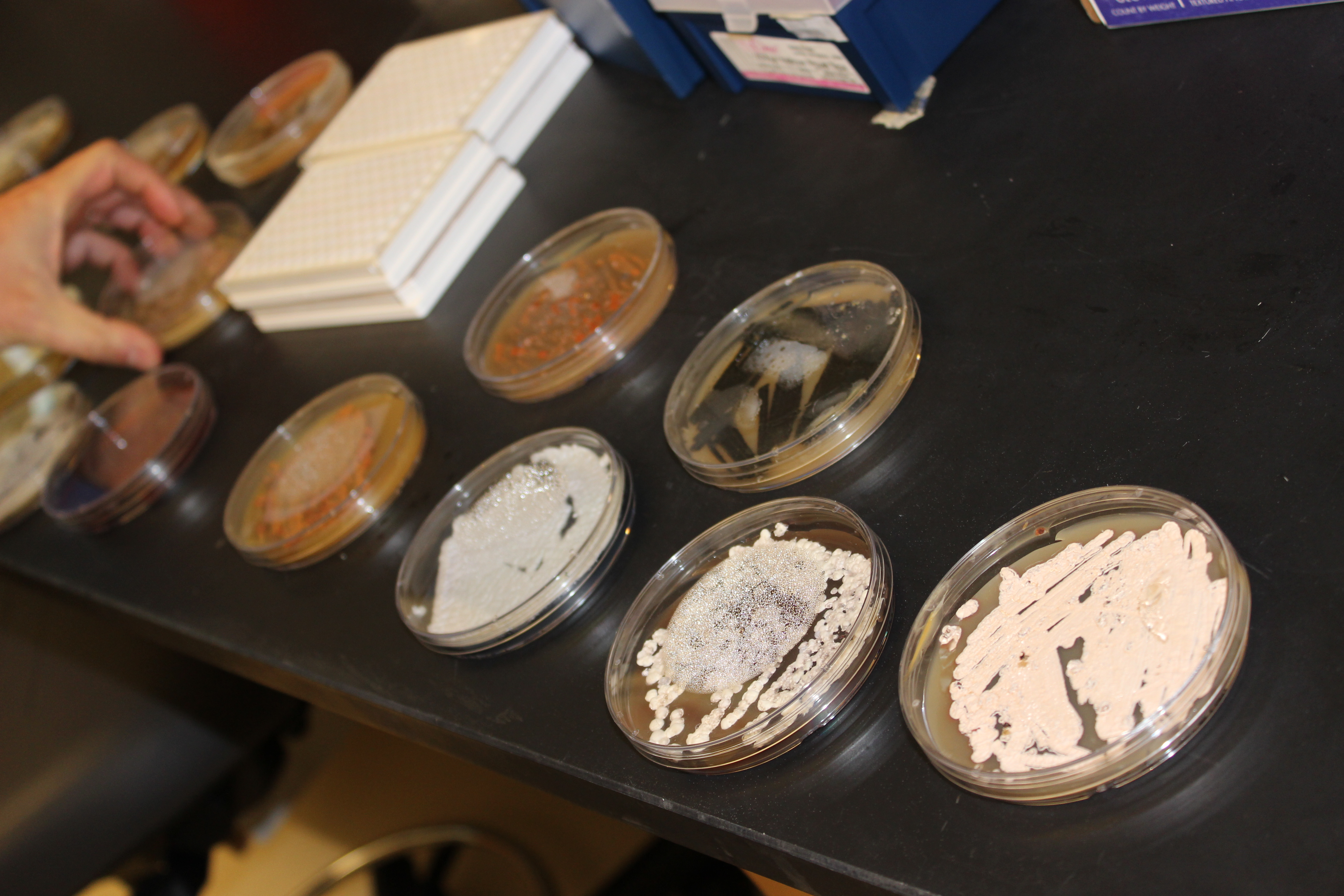 heat of the fires combines with the varying flora and mineral makeup of each site to create a distinctive environment for sampling.

"We decided that the coal fire sites were a very good starting point, because they are fairly unique," said Jim Hower, principal research scientist for Applied Petrology in Environmental and Coal Technologies at CAER. "They're really a prime target for sampling."

CAER has further helped drive the success of this project by introducing CPRI to new contacts in the Commonwealth, Thorson said. Hower and Greg Copley of CAER introduced CPRI to additional collaborators within the CAER as well as leaders of Licking River Resources, a subsidiary of US Coal, and the Kentucky Division of Abandoned Mine Lands, both of which have facilitated CPRI access to additional unique collection sites.

Through KGS' core drilling operation, Thorson's team has also accessed samples from deep underground — in fact, during drilling in the Eastern Kentucky Coal Field earlier this year, more than 40  samples of drill cuttings from depths ranging from 100 feet to nearly one mile underground were collected and sent to Thorson's lab.  Drill cuttings are ground rock that are continuously pumped out of a well during the drilling process.

“Once you drill below about 2000 feet, the salt concentrations in the water found in pores in the rocks are about three to five times that of the ocean,” said Rick Bowersox, a research geologist with KGS and part of the carbon sequestration research team.  “As might be expected in a  subsurface environment, the microbes are very different from those in a typical surface soil environment. These microbes have adapted to an environment of extremes in water chemistry, pressure and temperature.” 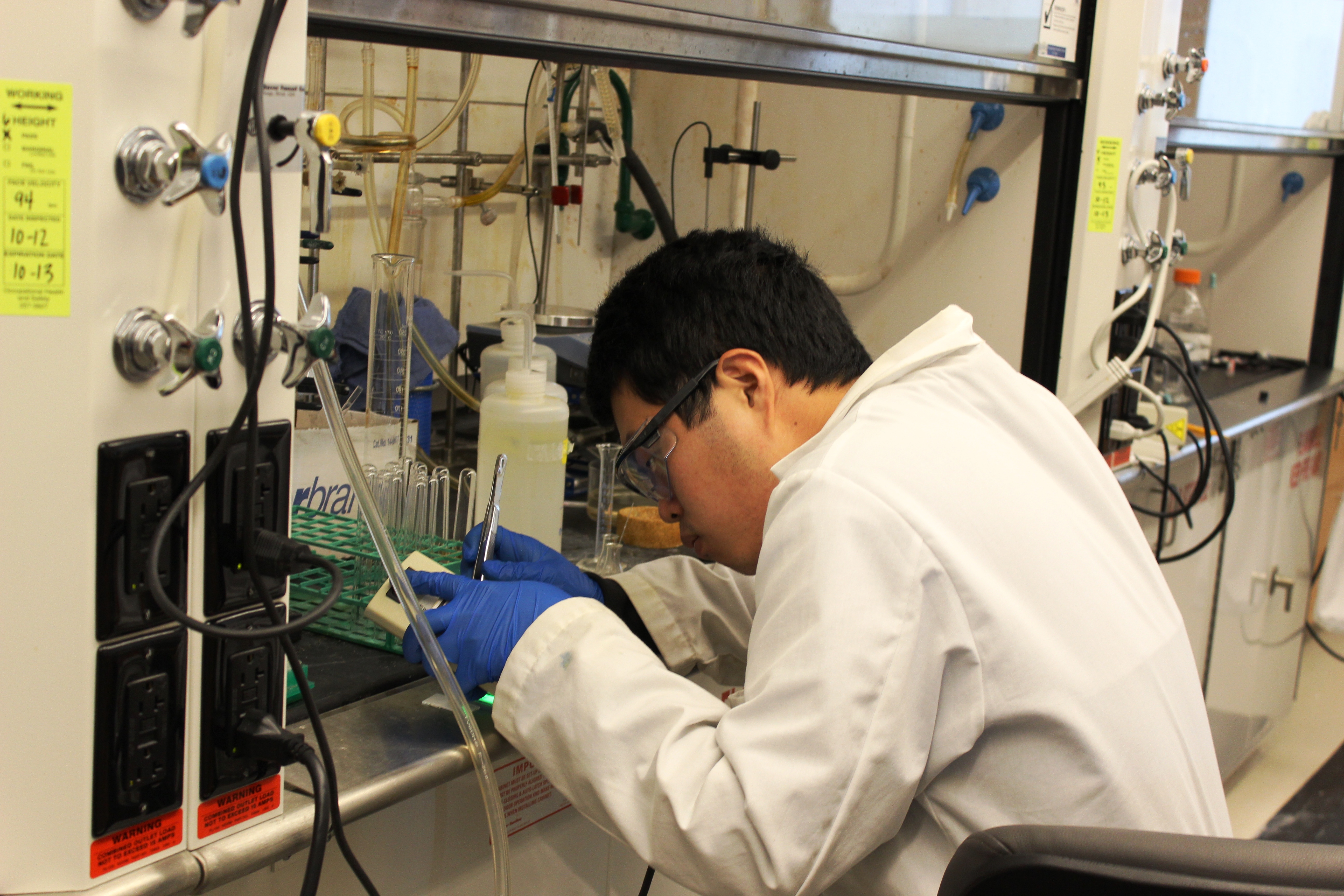 Once samples are collected, Thorson's team places the material on media plates and begins the painstaking process of purifying and growing each individual strain of bacteria. The team looks for organisms that are capable of producing novel molecules, and then isolates and characterizes the new compounds from these organisms. The compounds are housed in a repository and are made available to researchers across UK's campus to be entered into studies. As an example, Markey Cancer Center researcher Qing-Bai She recently discovered a class of molecules from the new repository that invoke a novel anticancer mechanism, setting the stage for further anticancer lead development studies.

Thorson's program has only been up and running for just over a year, but his team has already deposited over 75 compounds in the new UK natural products repository — and all have come from microbes that were found in the Commonwealth. Could Kentucky's natural landscape potentially yield the next big cancer drug? Thorson has high hopes.

"Natural products have been and continue to be a driving force in drug discovery," Thorson said. "And the hope is that some of tomorrow’s therapies may come from the coal mines here in the Commonwealth."