(Jan. 15, 2014) — A memorial celebration is planned in honor of Marybeth McAlister, longtime communications manager at the University of Kentucky Center for Applied Energy Research (CAER), who died of complications of influenza and pneumonia Jan. 8, 2014.  She was 53. 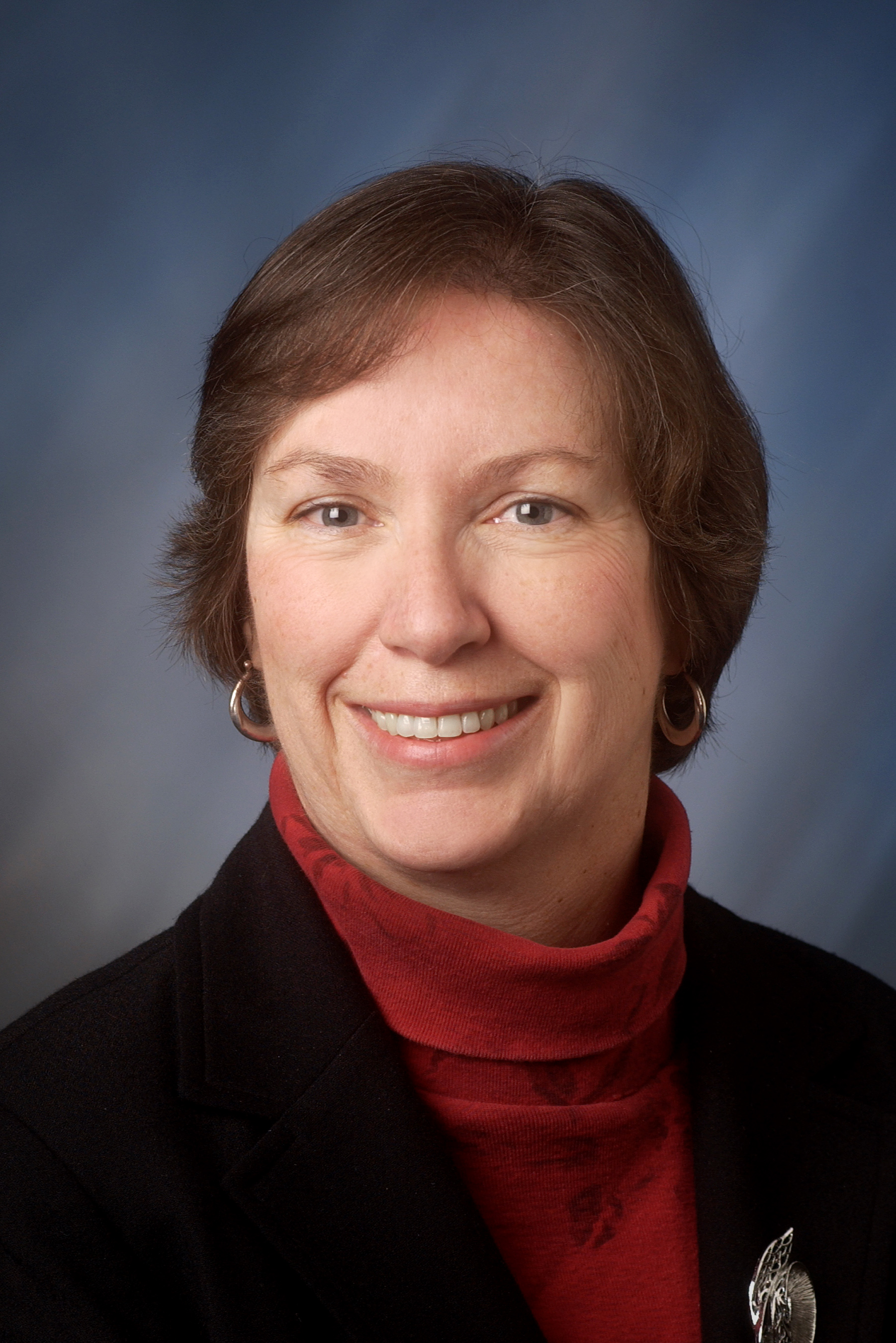 The memorial will be held from 4 to 6 p.m. Saturday, Jan. 18, at the Spindletop Administration Building on the UK CAER campus, 2624 Research Park Drive, off Ironworks Pike.  A fund has been established for a memorial bench in McAlister's name at The Arboretum. Contributions to the Marybeth McAlister Donation Fund may be made at any Central Bank branch or mailed to Central Bank and Trust Co., P.O. Box 1360, Lexington, KY 40588-1360.

In December 2012, McAlister had a cord blood stem cell transplant to counter her chronic lymphocytic leukemia. Within six months she was cancer free.

Darrell Taulbee, industrial support coordinator and senior scientist at CAER and one of McAlister's close friends, said, “There are so many superlatives that describe Marybeth. If I were forced to choose just one, it would have to be passion, be it passion for work, for her family, for friends, for laughter, or for food. While Marybeth was an extraordinary wordsmith and communicator with a major in English, the words indifference or apathy were not part of her vocabulary. Whenever I was struggling to find just the right word for a manuscript or I needed someone to provide an objective review, she was always there, and she was good.”

She earned a BA in English and Journalism in 1982 from the University of Kentucky and worked for CAER for 23 years.  She served as editor of the CAER newsletter, Energeia, as well as technical writer for all CAER publications, coordinated educational outreach programs with Kentucky schools, and planned events and press conferences. McAlister was the public voice and face of CAER for more than two decades.

“As a member of the CAER Advisory Board throughout that time, and its chair for much of it, I had a profound appreciation and deep gratitude for her intelligence, her warmth, and the good humor she constantly maintained while herding innumerable cats, from grade school students to Nobel Prize winners, with Advisory Board members and CAER directors somewhere in mix,” said Frank Burke.

“Marybeth’s part of the center could not be measured in patents, papers and proposals. It might be best illustrated by her role in dealing with our friends,” said Tom Robl, CAER associate director of environmental and coal technologies. “I remember well her and Paul Petzrek. Paul was a long-time attendee of our symposiums. Paul, a retired naval officer, was short, bald and had some health issues. He shook. Sometimes it was better, sometimes worse, but always eating and drinking for Paul was a challenge. After coffee and cookies, Paul was frequently covered in crumbs. Marybeth would watch him out of the corner of her eye and often quietly swoop in and dust off food debris or dab off a spill or two before he went back into the meeting after a break. Paul liked her ― she made him feel just a little bit better. She made us all feel just a little bit better. She was part of the face of our organization to the outside world, but more importantly, was a large part of its heart.”

“Marybeth was a smiling face, a gentle taskmaster, and a communications instructor to staff and students alike. While Marybeth did not do research or give scientific explanations, she did a wonderful job of explaining the explanations to the rest of the world,” CAER Director Rodney Andrews said. “Marybeth had more influence on me as director than many people would realize. Whenever I was in the office in the early morning, we would have coffee and chat about the world. She was an unabashed Pollyanna, hopeful and enthused about the good in everything. Her job was often to use those discussions to mellow my cynical interpretation of events. She always had good advice on how to approach difficult conversations. She was also often the silent partner on dealing with the media, giving me looks and nudges if I headed too far off topic. I will miss her as a valued co-worker, but mostly I will miss her as a friend.”

“As co-workers, we all liked being around her because the child-like wonder and zeal with which she viewed the world was contagious,” Taulbee said. “She had a unique ability to bring out the best in her co-workers, mostly because she always saw the best in them (notice I did not write ‘veryunique,’ she would bristle when I did that). Even after becoming ill and suffering the worst that is required in a life-and-death struggle with cancer, her disposition, her bravery, and her non-compromised passion for life was awe-inspiring. The lessons we at CAER learned from Marybeth during this time went far beyond professional interaction. I think it made all of us stop and remember just how fleeting life is, to refocus on those things that are important, and to hope that faced with a similar situation, we could show half the fortitude and dignity as Marybeth.”